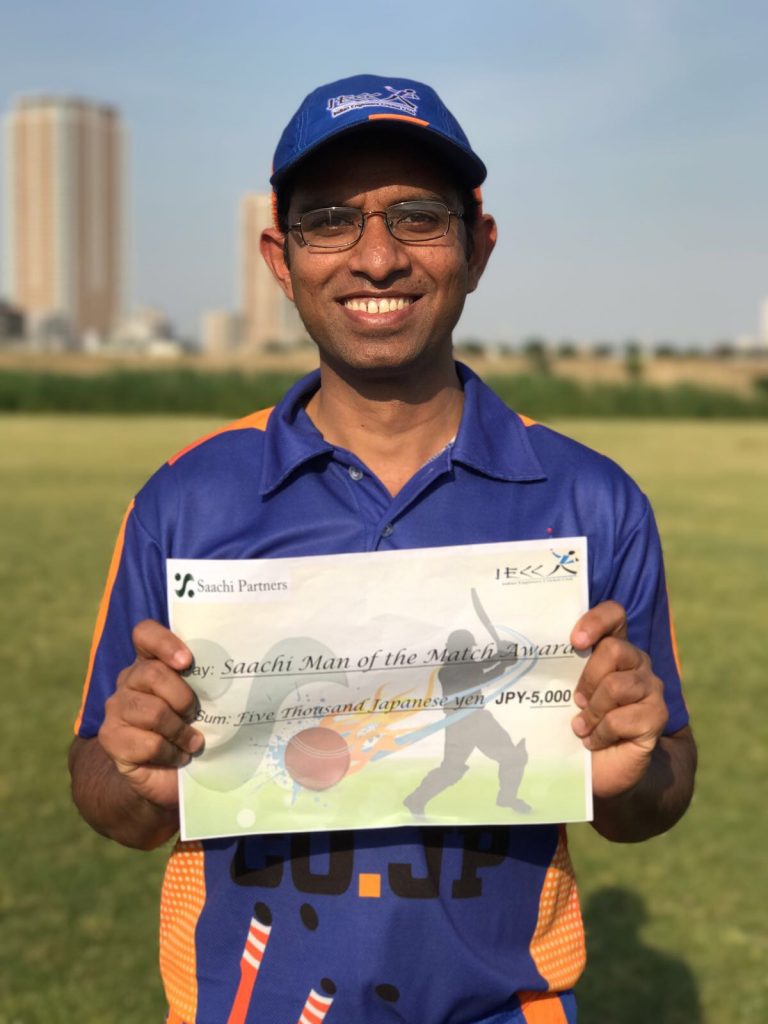 This season, many players are stepping up their game and leading the team by strong performance. Bidyut Sarkar, a stylish left handed batsman  has been in sublime form and he showcased it in a Kanto Cricket League 40over league match. Asked to open the batting against the Fuji Far East Team, his inning was full of confident defence, leaving good balls outside off stump,  graceful cover drives, square cuts.  With his temperament, he was on his way to first 50 and may be 100 of the season however it was cut short by rare lapse of concentration for well made 38 runs. Sometimes stats do not tell the real story.

This effort earns him “Saachi Partners Man of the Match”.

We are sure that the big score is certainly around the corner.