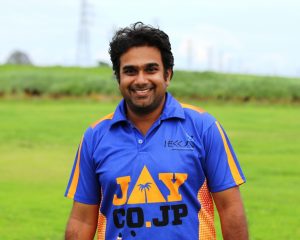 Originally from amchi Mumbai and now settled in Tokyo, Vinay became part of IECC team in 2013. Right-hand opening batsman & handy Off-spinner instantly made his presence felt in the first match. Completely calm under pressure and undeterred by the situation, he usually does his business of occupying the crease for a long time, scoring runs and building partnerships.

In T20 format, he is taking his game to a different level every season. Ability to play all around wicket makes him a special opening batsman. He took Captaincy from Sanjeeb Sahoo in 2014 and lead the team till the end of season 2019.